The City of Sidney was founded in 1867 by the Union Pacific and named for Sidney Dillon, a railroad attorney. The city grew up around the Sidney Barracks, a military outpost with a primary function of protecting the Union Pacific Railroad track layers against the threat of hostile Indians. The post was initially a block house on a bluff with soldiers residing in nearby tents. In 1869 the post was relocated to the present site and the following year it was renamed Fort Sidney. 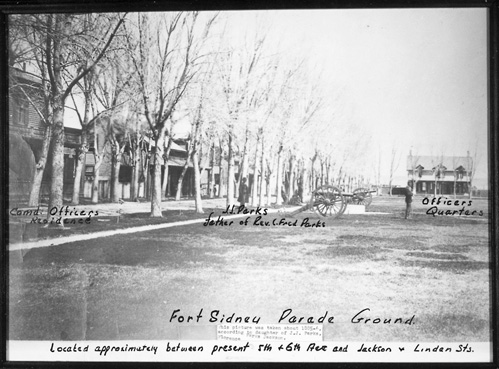 The last Indian alarm at Fort Sidney was in 1878 when the Cheyenne, under Chief Dull Knife, escaped from their reservation in Oklahoma and fled across Kansas and Nebraska. A special train was kept at the ready in Sidney to be deployed either direction to intercept the Indians when they came to the Union Pacific railroad. On October 4th the train was rushed to Ogallala, however the Indians escaped into the sandhills.

During Sidney's boomtown years, it was a colorful mixture of settlers, freighters, cowboys and soldiers and was also the center of the cattle industry. After the gold rush, Sidney became dependent on farming and ranching.

In 1949 the first successful oil well in western Nebraska was drilled north of Sidney and oil became a factor in the local economy. 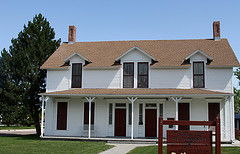